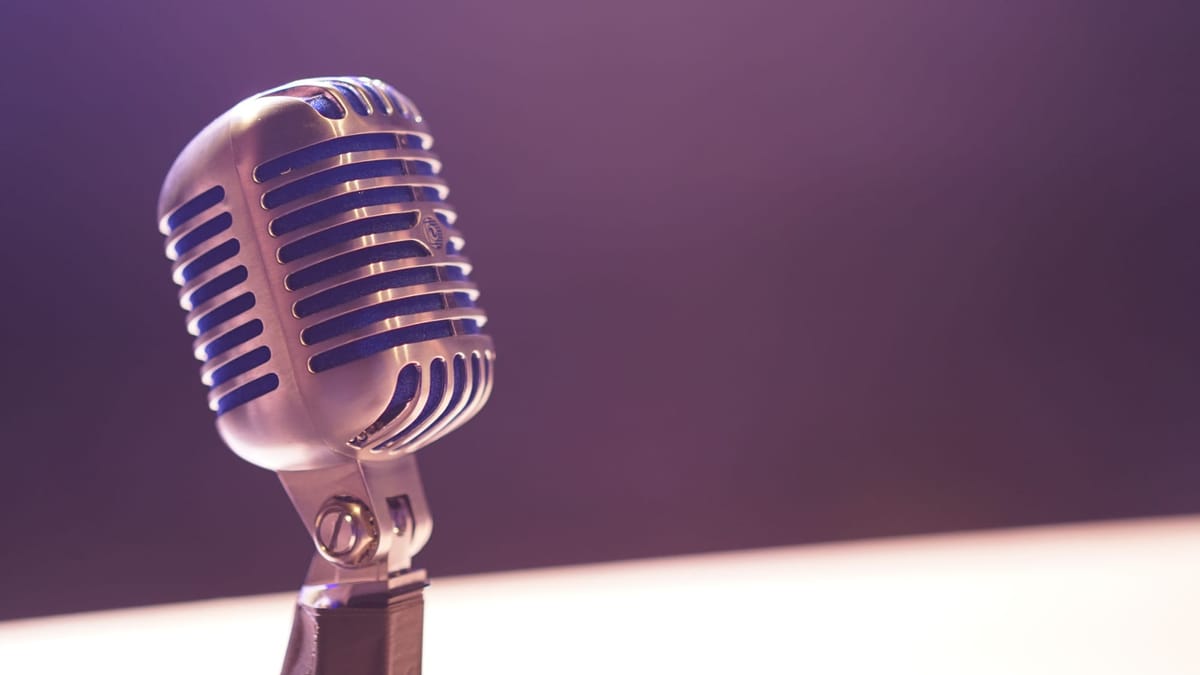 We set up and run your podcast channel

We are with you in all processes of setting up your podcast channel, planning the content, recording, editing, and publishing it on platforms such as Spotify and Apple Podcasts.

Enterprises that we create value together in the podcast ecosystem

On this channel, very enjoyable and instructive content which will be shaped by your contributions and covered by guests who are experts in their fields are waiting for you including the values created by Aksigorta both inside and outside the company, its corporate culture, and its activities in the field of entrepreneurship and innovation.

It is the podcast channel of the Türkiye Girişimcilik Vakfı (GIRVAK), which was established based on the vision of accelerating Turkey's transformation toward becoming a producing and value-creating country via entrepreneurship.

It is the podcast channel of outliers thinking outside of the box and talking about everything new in the field of entrepreneurship and innovation.

Welcome to K-LAB podcast channel which is a part of the Innovation Development Program of Kordsa. In this channel, we are starting an exciting journey with you, full of innovative professional’s experiences, and advice for being a person who has an innovative mindset.

It is a podcast channel in which the innovative products and projects we have developed as SabancıDX are discussed along with corporate culture, in-house entrepreneurship, and innovation processes.

Hosted by Esat Artug and Andy Kaiser, Experience Stack brings you inspiring talks around what experience really is, ranging from personalization to content management, technology to user experience.
On each episode, Experience Stack will dive deep into topics about customer experience with experts, giving you the insights and latest trends.
Experience Stack provides the techniques, tools, and best practices delivered right to your earbuds to help you create better experiences.

A podcast made by entrepreneurs who are thought to be dealing with useless pursuits. Co-Hosts: Atakan Babacan and Seha Gürbüz.

A Bubble Works Media podcast in which the agenda related to technology and entrepreneurship from the world and Turkey is explained in less than 10 minutes every weekday.

A career journey with a millennial in today where liking is attributed to the holy thumb and access to unlimited information is possible with a single click.

Gözde and Emre, who became the inseparable duo of wine by organizing many tasting events with La Cucina Tasting initiative, bring you funny and interesting information regarding wine by blending them with their own stories to present you.

A program in which Zeus imprisoned all evil. Yes, there is also Hope in it. Hosted by Merve Taşkıner and Umut Küçük

Everything from startups to market research, from business model canvas to entrepreneurs is in this podcast. Hosted by Belen Bakar.

In this channel, we will listen to the cultures of institutions, their social impact and innovation approaches, their ways of doing business, directly from the people in different departments and different positions.

What is Bubble Works?

Bubble Works Media is a podcast network having its own original programs beside managing all podcast production processes of enterprises who want to be active in the new generation media and presenting conceptual content.

The name of our podcast network refers to various members of society calling entrepreneurship and many other areas of expertise as "bubble work".

What is podcast? What does it do?

We recommend you to read our team member Atakan Babacan's article named "What is Podcast? What does it do?"

Which services does Bubble Works Provide?

We are with you in all processes of setting up and managing your podcast channel including planning the content, recording, editing, communicating with guests, and publishing it.

To whom does Bubble Works provide service?

It provides service to companies and producers of podcast content who want to take an active role in the new generation media. 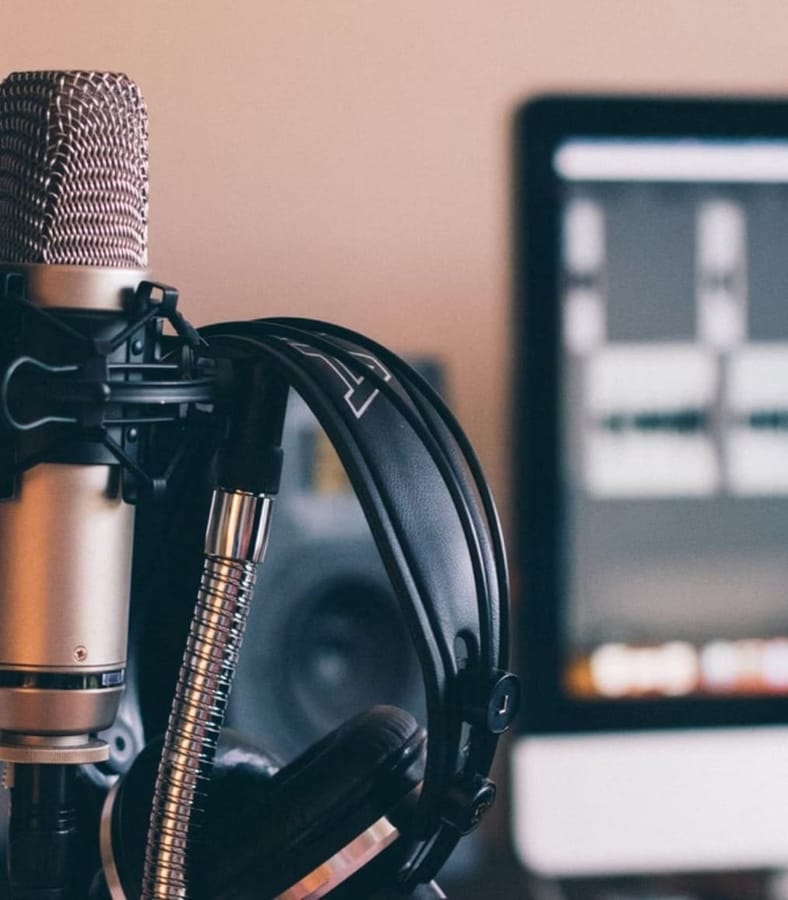 Your professional podcast channel is ready in four steps!

A content plan compatible with your corporate culture and target audience is created. Guest communication and organization is conducted.

Records are taken both online and offline

Editing the audio recordings, throwing out the filler words like "umm" or "soo". Adaptation of audio level to podcast platforms. Selecting and adding intro-outro music. If deem necessary sound effects are added.

We make the final edit and publish it in order to deliver it to your target audience.

Hello! I'm Atakan. And I'm Seha ...This classic intro have already resonated in the ears of the ones who have heard us before

Now we would like to briefly talk about Bubble Works Media

We know, you come up with a few questions when you saw the title. But don't worry, we'll answer all your questions right away.

While Atakan and Seha were struggling to establish their first enterprise during their university years, various members of their society called entrepreneurship "Bubble Work" and they said "I don't say don't do it, do it again but in your spare time" so in order to mock them we have published the first episode of Podcast Bubble Works in February 2019. As we continued our broadcasts for almost a year and a half, we've realized that these prejudices exist not only in entrepreneurship but also in many other fields.

​​Afterwards we've begin to produce other original content as, Umut, who worked professionally on yoga, meditation and psychology, with Pandora's Box 🧘 , Gözde and Emre, who became the inseparable duo of wine by conducting many tasting events with the La Cucina Tasting initiative, with A "Couple" of Grapes, in which they've blended funny and interesting information about wine with their own stories 🍷, and finally Canan with A Millenial where she discusses the career journey of the Z generation, the competencies that needed to be earned, their troubles, worries, hopes, excitements, misunderstandings and much more in order to give a different perspective to those who think "the youth of this time is a little bit strange" 🥳, joined us. In the meantime, we too could not stand still and initiated the Technology Agenda within 5 minutes 💻 which allows you to reach the most prominent daily news in the field of technology, entrepreneurship, and innovation quickly and without confusion.

In addition to the original contents of Bubble Works, we have cooperated with GOOINN who became a companion to companies in their cultural transformations by transferring the entrepreneurship and innovation competence to them and we have implemented the podcast channels of notable companies of our country such as Sabancı Holding, GİRVAK, and actively undertake the executive role of various channels with our services such as: content planning, recording - moderation, post-editing, and publishing.

In short, we are a team that focuses on creating value with both its own resources and individuals or enterprises that are aware of podcast field which is an important part of the new generation media, and we work with the passion of feeding the heart and brain while leaving a mark on the ears. We are very happy to see you among us! 🤗